We explore this wonderful
world with you… 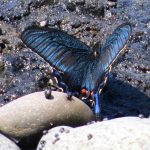 All three of our expeditions to the Kuril Islands were completed successfully. The season began with the “Abode of Thunder” research expedition to the seven islands of the Southern and Middle Kurils, from Iturup Island in the south to the beautiful Yankich Island in the north. The second research expedition “Kunashir” covered two islands of the Kuril Chain – Iturup and Kunashir. And the third – an informative mini-expedition “Unknown Iturup” passed through the southwestern part of Iturup Island. During the expeditions we managed to collect interesting information on the distribution and abundance, as well as on the behavior of marine mammals and some species of birds. Among the most interesting were the observation of the “farewell procession” of sperm whales and the unusual behavior of a pair of fin whales. During all the expeditions, the participants got unforgettable emotions from communication with the unique nature of the Southern and Middle Kurils. 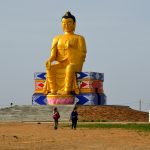 More than 4500 kilometers were covered by the participants of the expeditions across Dagestan and Kalmykia on the expeditionary off-road vehicle. Unexpected snow in sunny Dagestan, heavy rains in arid Kalmykia became surprises, but did not stop the expedition members … We managed to complete almost the entire planned program and also to see a lot of new and unexpected things! As expected, Kalmykia pleased us with the beautiful flowering of tulips, irises and other flowers. We were pleasantly surprised by Burning Water Source, Buddhist temples and buildings. Dagestan was just great! The beautiful alpine lake Kezenoy-Am in spring flowers, the way to it along the field mountain roads … the wonderful Samur
liana forest with the incomparable singing of birds and many other places amazed the participants of the expedition … 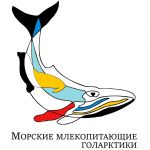 From March 1 to March 5, the international online conference “Marine mammals of the Holarctic” was held in Moscow. 319 scientists from 20 countries of the world took part in its work. The “Finval” Research Center was represented by Andrey Semenov. He made an oral report: “Distribution and abundance of the
Laptev walrus in the coastal area of the Laptev Sea.” In addition to this report, we presented 2 poster reports: “Distribution and abundance of marine mammals in the coastal zone of Southeastern Chukotka, Eastern Kamchatka and the Kuril Islands in the summer of 2018 – 2019.” and “Marine mammals of the coastal zone of the Laptev Sea”.

In the Collection of Scientific Papers “Marine mammals of the Holarctic”, printed in 2018, 2 articles by the members of the “Finval” Research Center were published. The first article: “Haulouts of the Laptev walrus in the western part of the Laptev Sea” (by A.R. Semenov) is the result of the study of the Laptev subspecies of walrus during 3 research expeditions. For the first time since the description of the subspecies by Chapsky (1941), extensive information on the distribution, abundance, sex and age structure of this subspecies in the western part of the Laptev Sea has been collected. The second article: “Encounters of marine mammals in the coastal zone of the eastern part of the Kara Sea” (by A.R. Semenov A.R., S.S Evfratova) is the result of expeditions in 2016-2017, when the research routes covered 4083 km. of the waters of the Kara Sea. You can read the articles (beginning on pages 289 and 297) here:

In August – September 2020, two shifts of the ecological camp (Aktiv and Relax + Aktiv) took place on Iturup Island. The July shift “Relax” was cancelled due to restrictions on entry to the territory of the Sakhalin Region. The participants of the eco-camp had a great time, getting to know not only the amazing beauty of those places, but also many local inhabitants – from oysters and crabs to whales and bears.

The “All Iturup” marine research expedition finished successfully. The participants of the expedition covered more than 600 kilometers of sea routes in difficult and sometimes severe weather conditions. During the expedition, a survey of marine mammals in the water area of the island was carried out, information on the distribution of a number of bird species was collected. Ironically, the members of the expedition waited out a serious summer storm in the bay with the funny name Circus … 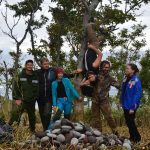 For 12 days 6 participants of the volunteer camp and employees of the “Finval” Research Centre worked in the area of the Vodopadnaya River on the Iturup Island preparing a plot for construction of a future biological station. The hot and sunny weather on the Island during the period of work helped rather than hindered; adding optimism to the difficult workdays. Probably that’s why a lot was done: access paths to the building site and the spring were completely prepared, a significant part of the site was cleared of bamboo, and stones for construction work were prepared. As an encouragement for the camp volunteers, the employees of the Centre arranged a marine mini-expedition on the trimaran “Finval” to the southern part of the island, where the volunteers could not only relax but to get a close acquaintance with the unique nature of the island. 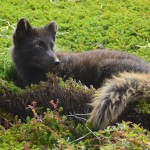 Our extreme and long marine research expedition along the East Kamchatka and the Kuril Islands “The ring of fire” was completed with excellent results! Unique data on fauna and flora of the region was collected. The most vivid impressions were observations of pairing of rare southern right whales, the encounter of an unusual dwarf walrus far outside the area of the distribution of this species…For the first time in the last fifteen years it was possible to examine the nesting of Aleutian subspecies of the black brant on the Ekarma Island (the birds were brought to the island from the nursery in Kamchatka in the frame of the international project on restoration of this subspecies). New mini-discoveries are possible also after processing of many thousands of photos taken during the expedition… 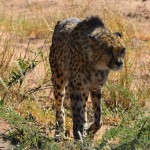 Our safari-expedition to Africa “Stars of Namibia” was finished successfully. On the expedition car “Toyota Hilux” the participants of the expedition travelled approximately 4600 km about the country. Every day of the expedition was like a diamond…and each day- of a different colour! We were greeted by the cool rolling ocean with seals and plenty of birds on the coast, red dunes of the Namib desert; sunburnt Damaraland mountains, the Etosha pan with many diverse African animals and birds, fantastically beautiful aloe forest…

Despite the informative nature of the expedition we managed to take a number of interesting photos that were posted on specialized sites on monitoring of animals, birds and plants of the world.

The large scale and long-term research sea expedition along Kamchatka and Chukotka coasts “The Uykoal Land” has been successfully completed! The participants of the expedition sailed about 2500 nautical miles on the severe Bering Sea and approximately 700 km down the Kamchatka River. The expedition program has been totally fulfilled. We gathered an extensive data on distribution and numerosity of marine mammals, some birds species; on rare plants of the region. The Research Centre has supplied its scientific collections with new interesting exhibits. The extreme part of the expedition was especially remarkable for unplanned visits of brown bears during stops.

GOOD news for all participants of our Arctic expeditions in 2014-2017. Joint management of “Taimyr Reserves” sent us official thanks for…”quality and high efficiency in expedition work associated with exploration of biological diversity of Taimyr and coastal ecosystems of the Kara Sea and the Laptev Sea…” Thanks to all participants of our Arctic expeditions for your help in implementation of those hardest but at the same time most interesting travels!

Sorry, this entry is only available in Russian.